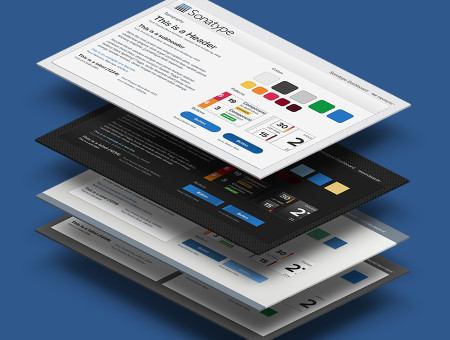 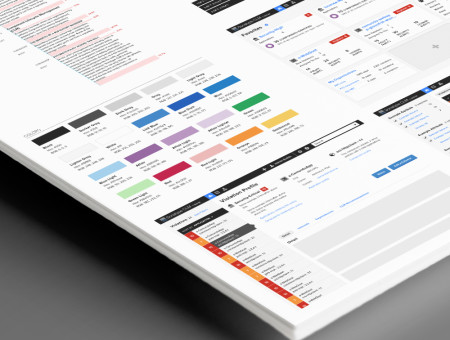 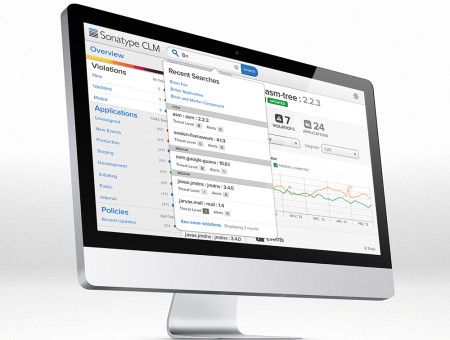 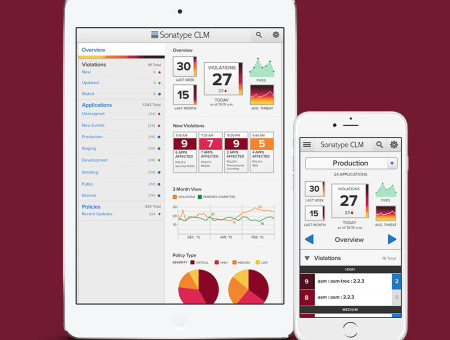 Sonatype creates products that help IT companies manage their open source components by reporting on their quality, security and licensing status. I was instrumental in designing the user experience for Sonatype’s CLM, or Component Lifecycle Management, which offered a new way to ID, manage, and monitor component dependencies.

CLM had no predecessor; designs were created from scratch through an iterative process with Sonatype.

The kickoff meeting with Sonatype went really well. We sketched user interfaces as a group and learned a lot about what project stakeholders wanted. A competitive analysis increased our awareness of what kind of data visualizations we might build and how an interface should support those visuals.

Perhaps one of the best pieces of insight was that CLM would rarely have good news for its users. That creates a necessity for an inviting, friendly but authoritative experience.

I like to get a general direction for visual design as soon as I can. Using style tiles to do this made a lot of sense. The process is so quick I was able to create four directions in a day, three being what they expected and one that was very much unexpected.

The four style tiles were named after Marvel superheroes; a nod to the group’s appreciation for comic books and a great way to increase style recognition.

Content shapes a visual design system. Each tile displayed two UI patterns that were taken from the group sketches; identical content but styled differently based on emerging designs. These represent a start to a visual design system. Moving forward meant picking a direction and then evolving it over time based on what kind of content we threw at it.

As visual design was moving along, a responsive prototype was in the works. I pivoted between the HTML prototype for holistic input and Photoshop mockups for provisional component design. The prototype was great for testing different screens on several device widths. 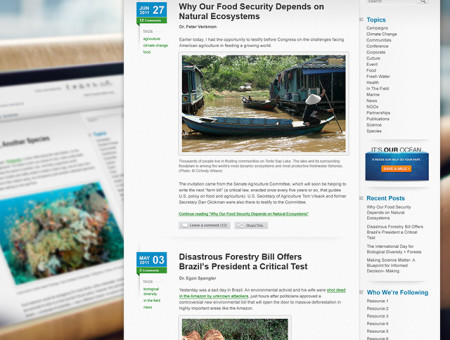 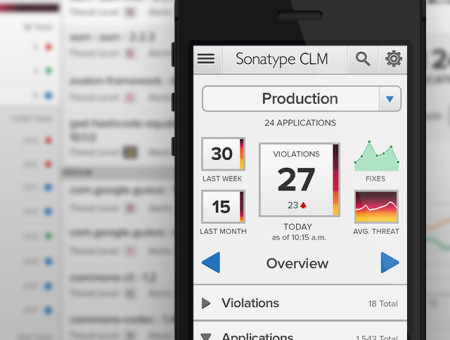 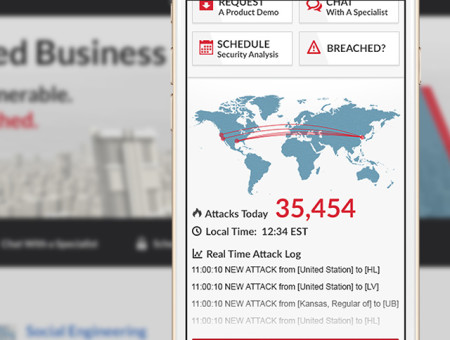 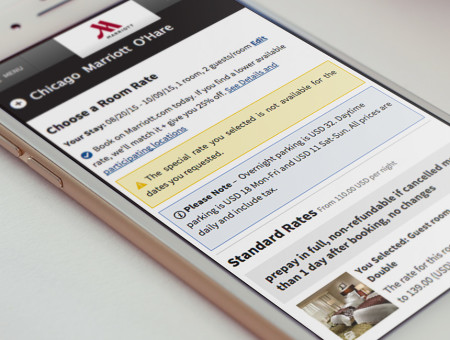